We don’t watch much TV in our house. We’ll go weeks without even turning it on. If it is on with the kids awake, we try to have it only be shows that teach (such as documentaries). Don’t worry,  Pip gets to watch movies at Nana’s house and cartoons with his cousins. He’s far from deprived and is up on all the modern references 😉

Growing up we watched a LOT of movies  by Feature Films for Families. After I was grown, the company put out a line for younger kids, known as “Stepping Stones”. My mom has continues to support the company long after we owned every film and has now made sure our kids all have a library of quality entertainment.

So, last night we started a new family activity – movie night. Pip picked a movie, then he and daddy popped popcorn on the stove. Mommy and Liv pulled out snuggle blankets for everyone and found the big popcorn bowl. We pulled out “the parking garage” (a small basket) and put  our phones in it, placing them way over in the kitchen. Then we all got on mommy’ s couch (that’s a hilarious story for another time) and watched Jasper: Journey to the End of the World. If there was any doubt that my kid’s love language is quality time, you should have felt the happiness seeping out of his being for those 90 minutes.

Growing up I would always answer the “Where are you from” inquiry with a proud “Illinois!” Don’t get me wrong, I still answer that way and still call Champaign/Urbana my hometown. But moving around as much as we have means we have had a lot of places we call home. Which,  by default, means  we also have a lot of places we miss.

I’m just starting to find the hidden gems in our, Lord willing,  final hometown. A good barn for my horse,  favorite restaurants and the mail lady at the post office knows me (ok,  really the kids) by name. I know shortcuts and can give newbies advice on where to find things. I even figured out how to order at our local coffee stand to get a pretty close replica of The Common Place’s beloved Holy Brown Cow (Gosh I miss Indiana, PA).

This week I ended up meeting with a community board member for coffee. I wanted to learn some more about my community and he was more than willing to oblige. It affirmed my adoration of this town as I heard some of the amazing things going on here.

Then today  I ran further than I ever have in my town. I usually run one for many loops I’ve mapped out that all bring me back home. Recently I found out that the local Episcopalian church has a prayer labyrinth on its property. So, tonight,  I ran the 4 miles to the church and spent some time in the labyrinth. Along the way I saw new things, understood how some paths connected and observed my town (and it’s people) in a whole new way. It was fun to see my town from a different perspective and fall a little more in love ❤️ Now to get some lined leggings… 27°F is no joke in summer running leggings!  Brrrr So much has changed for Liam since we corrected the lip tie and tongue tie. I don’t even know where to begin!

Nursing: I convinced myself that Liam had just become a very efficient nurser – when in actuality, his latch would fatigue due to the lip and tongue tie! The first 24-36 hours after his operation were frustrating. He would slam his head off of me and really struggled to latch. Now? He’ll nurse 2 hours at a time! It’s crazy amazing! Straws: Liam has drank out of a straw since he was very young. We went almost straight from breastfeeding to straw with just a few bottles in between. He stunk at drinking from a bottle, he’d collapse the nipple. He did better with straws, but always would lose 50-80% down the front of him. I thought he was just “lazy” or “silly”. Now, less than 5% leaves his mouth when he drinks from a straw! It was startling! He can even blow a whistle!

Puckers: Liam couldn’t pucker his lips before. He’d ask for kisses with a kissy noise by placing his tongue between his lips. So, rather than being kissed, you ended up getting licked! Now? He loves to make “fishy faces” and kiss with puckered lips!

Speech: With an SLP mommy, I was *freaking out* about his lack of speech. He had a great “vocabulary”, but it was all receptive (he understood words) or in sign language. I knew his hearing was fine, so this lip tie/tongue tie was the missing piece. His speech has taken off since the surgery, making the biggest jump 4-6 weeks out! Practicing oral motor exercises were a big key in teaching him how to move his lip and tongue. Ask me more on this if you need it!

Weight Gain: We survived RSV back in January, and during that time Liam lost over 10% of his body weight. It was impossible to get it back on! My 9lbs 7oz baby was now in the 14th percentile for weight and not moving. When he ate, he’d fatigue. 5-10 minute tops when nursing, and very small amounts of real food. Now? He’s back to nursing like crazy and eating his body weight in ham, dumplings, tomatoes and Plum food pouches!

Sleeping: My little guy still woke 4-6 times a night. Talk about a tired mommy. And each time he was genuinely hungry! Which made the weight gain problem even more confusing. Once repaired? We’re down to 1-2 times a night and even that is dwindling! Hello sleep, my dear old friend! Smile: This was my biggest worry – my son’s smile would change. The only smile I’d even known. And guess what… it did. And it’s ok. Honestly, it’s even cuter because of everything listed below. Well, that and those chubby cheeks! So I posted yesterday about the factual side of Liam’s lip tie and suspected tongue tie. All the details I’ve wrapped myself in. But I also want to be honest and open about the “real” side of this all. How my heart is. I am trusting God in all of this… but let’s be honest.

If I give myself a moment to sit and think, I just want to cry. The image of what Thursday will hold is just overwhelming. We have to pin my child down to a table and violate his personal space. He won’t understand. He won’t know why. He’s going to be angry and scared and probably slightly traumatized. And this makes me mad. As a mommy I am FURIOUS. I am mad with the lactation consultant who blew me off. I’m mad at myself for not pushing for this more when he was younger – heck, we could have had this taken care of while he was in the hospital for his FIRST surgery. I’m mad that my child has to go through even more procedures. I feel like he has had his fair share already with pyloric stenosis, barium enemas, etc.

But this isn’t a pity party. This is just me being real. And of course, there is always a “moral” to my story. It’s given me time to think about what is helpful from others when in this situation (much like my tips for infertility) and what is NOT helpful. So, before you reply to me or anyone else, let me give you a few small tips for when you have friends going through something.

Here is what I mean …

I already am sensationalizing and blowing this all way out of proportion in my own head. Please don’t say things that add fuel to the wild fire of my imagination. “Wow, he’ll probably remember this…” or “I wonder if this will traumatize him long term” or “wow, he will probably be really angry with you…” can stay locked up inside your head please. I have probably already thought it and don’t need someone speaking it into my life. Validate what I am feeling, and speak understanding into my life. “I would be so scared too” or “I can’t imagine, but I’m here for you…”

Yes, I realize I am blessed. I realize there are children out there going through way worse. I realize your child may have been through way worse. But let me hurt. Let me be mad and sad and tired.  And don’t compare your child’s much more minor incidences (“My kid fell off his bike, I know how hard it is to see your child hurt”) to this situation either. Just… let’s not play the compare game. Let’s play the “we’re mom’s, and we’re here for each other” one instead. That one is a lot more needed, appreciated and helpful.

Even if you’ve been through this, consider that whole “hindsight is 20/20”. It may seem less “big” on the other side, but from where I stand it is HUGE and overwhelming and painful. This goes hand in hand with the “don’t compare” point. We all have our trials on the path God has given us … when someone says “this is hard” let us surround them. Not “blow it off”. Don’t stand at the bottom of the mountain and tell me “it’s not that big”. Don’t stand at the top of it and tell me “it’s easy”. Don’t stand on your own mountain and say “Yours isn’t as hard/steep/etc as mine”.

This is our mountain to climb today, will you climb it with us?

Warning: count(): Parameter must be an array or an object that implements Countable in /homepages/19/d92142109/htdocs/us/oliverandtara/wp-content/plugins/good-shelf/good_shelf.php on line 243

Warning: count(): Parameter must be an array or an object that implements Countable in /homepages/19/d92142109/htdocs/us/oliverandtara/wp-content/plugins/good-shelf/good_shelf.php on line 153 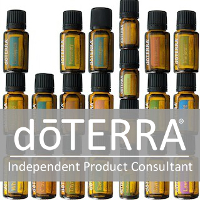